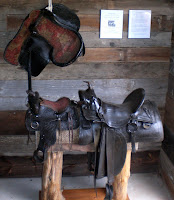 The Old Barn is home to three interesting new arrivals. H.B. and Barbara Stewart of Greenwood have donated a set of handmade saddles from the late 1800s- a man's saddle, a lady's side saddle and a child's saddle.

The large black man's saddle belonged to Stewart's grandfather, William John Alexander (Alex) Joyce. Mr. Joyce served during the late 1800s and early 1900s as a Deputy Sheriff and served papers all over Sebastian County (Barling, Central, Lavaca, Washburn, Dayton, Mansfield, Huntington, Hartford, Midland, Hackett, Bonanza and Jenny Lind.) According to Stewart, it would take Deputy Joyce about two weeks to travel the circuit. He made camp at night or stayed with friends along the route.Mr. Joyce used this saddle during the apprehension of notorious outlaw, Henry Starr, nephew to the husband of Belle Starr, in the Kibler Bottoms. The weapon that was taken from Henry Starr remains in the Joyce family. It is a 44 caliber gun with four notches in the handle.

The smaller woman's side saddle with tapestry inset was used by Emma Joyce, wife of Alex. Women at this time rode "aside."

The original owner of the child's saddle, from the same period, is unknown.

These items can be viewed during regular operating hours at the Old Jail Museum Complex.
Posted by traveler at 6:02 PM 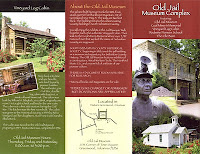 The brochure of the South Sebastian County Historical Society has been uploaded to the Arkansas Encyclopedia of History and Culture. Future articles on the Old Jail Museum and the Society are forthcoming.
Posted by traveler at 3:34 PM

Our efforts appear to be panning out. We made contact this week with a descendant of Sarah's cousin, much to our delight. Stay tuned!
Posted by traveler at 5:36 PM

Eugene Monroe Bartlett was searching for a way to teach singers to read and perform music with or without musical accompaniment. He selected Sebastian County's Hartford as the location because of the confluence of rail lines that would bring in supplies and students. Thus, in 1918 the Hartford Music Company was formed. Trainings were conducted twice a year and the resulting songs published.
Such gospel classics as "I'll Fly Away" and "Victory in Jesus" are products of Bartlett's efforts.

To learn more about the Hartford Music Company and hear recordings of "shape note singing," visit the exhibit at Greenwood's Old Jail Museum. 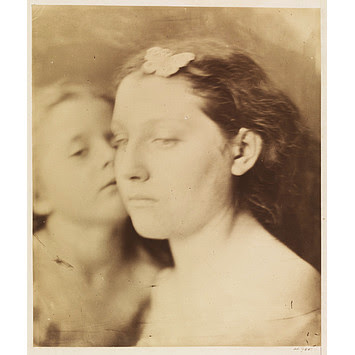 There are many chapters of Civil War orphan Sarah Ann Campbell's life that we do not know- and may never know. But her name will live on thanks to author Nancy Dane. Nancy has been writing a novel about a six year old Fort Smith, Arkansas girl who was shipped north by steamboat when her parents were killed by bushwhackers. Nancy had called her Sarah. Now Nancy has given her a last name- Campbell.

We have shared photos of Sarah's uncle's family and the letters exchanged during the two decades that Uncle Samuel Pevehouse Campbell and Sarah's sister and husband searched for Sarah across Illinois. We hope the story of Greenwood's Sarah will be an inspiration to Nancy as she weaves this tale of Arkansas's Civil War days.

Nancy Dane is the author of three novels and one documentary about the Civil War in Arkansas. All of Nancy's books are being used as curriculum in Arkansas public schools. Read more about Nancy at www.nancydane.com .
Photo of unknown Civil War era mother and daughter from Library of Congress.
Posted by traveler at 3:56 PM

We suggested you put your own family stories on paper or into digital files of one type or another. We're practicing what we preach. The South Sebastian County Historical Society has begun collecting oral histories of South Sebastian County citizens. Residents are sharing their family stories and memories of South Sebastian County. Greenwood High School senior Erika Lindsay is shooting, editting and producing. Historian Glenda Wallace and Curator Donna Goldstein are interviewing. Our plan is to develop a library of digital family and community histories that will be available for viewing at the Old Jail Museum.
For more information, email curator.sschistoricalsociety@gmail.com
Posted by traveler at 6:51 PM

The members of your family and your community have stories to share. The sharing of the stories of their personal lives provides a wonderful way to deepen family relationships and opens the window so that future generations can have a peek at what life looked like during their lifetimes.

Much of what we know about the past we have learned from old letters, documents, books and shared family stories. People today seldom write their memoirs- or correspond in the form of letters- but you can document the events of your family or community through the collection of oral histories. They can be transcribed or digitally recorded as audio or video files.

This link is to the Smithsonian Folklife and Oral History Guide. It offers suggestions for interview questions. Good luck!
Posted by traveler at 4:39 PM

The Search for Sarah Continues 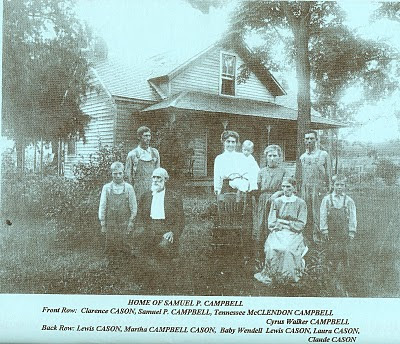 We've been looking for some time for information regarding Sarah Ann "Annie" Campbell, a Civil War orphan from Greenwood. We know that she was transported by steamboat to Illinois at age six and that her Greenwood uncle, Samuel Pevehouse Campbell, and her sister searched extensively for her. Letters to the editor, published in the Fort Smith Elevator, document that her uncle became aware of her whereabouts when Annie was age twenty-five. It has become our quest to determine whether Annie ever returned to Greenwood. We've been assisted by a wonderful genealogical researcher from Fayetteville, who has donated many hours to the search.
We have learned that Annie owned land near Milltown, but have not yet documented whether her signature appears on any of the documents, hopefully indicating her married name and residence. We hope to make a trip to the courthouse to look into that this week. We have stumbled upon a number of business transactions in old postal ledgers by her uncle. And, at last, we have located a photo of Uncle Samuel Pevehouse (S.P.) Campbell. It was right under our noses-- in plain sight-- on the rear cover of the 1996 Key Magazine.
S.P. is pictured here with second wife Tennessee McClendon Campbell and family in front of the Campbell home. Front row: Clarence Cason, Samuel P. Campbell, Tennessee McClendon Campbell, Cyrus Walker Campbell. Back row: Lewis Cason, Martha Campbell Cason, baby Wendell Lewis Cason, Laura Cason and Claude Cason.
Posted by traveler at 1:29 PM 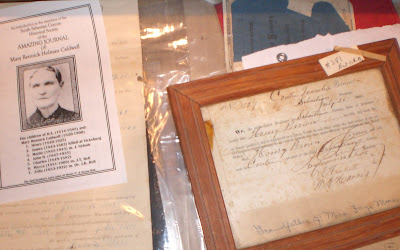 second floor is home to a library of historical documents. Items available for researchers to review on site include cemetery records, records of the justice of the peace, postal and mine company ledgers, newspapers, original photographs, books, family Bibles, books written by area residents, historical medical and pharmaceutical texts, local biographies and various other materials. The Document Room is open during regular museum operating hours (11AM-3PM, Thursday-Saturday) and other days by appointment. Email curator.sschistoricalsociety@gmail.com for additional information. 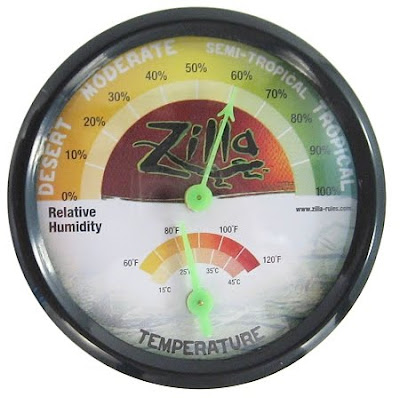 The South Sebastian Historical Society maintains historical documents in a library on the second floor of the Old Jail Museum. The twenty-four inch thick sandstone walls and flat roof of the jail have created a climate control challenge for the Society. Recently, a dehumidifier was installed. It has been effective in bringing the relative humidity within the library to the recommended 30-50% level. Many thanks to Rich McKinney and his assistant Joel Goldstein for their help in selecting and installing the equipment. In our next post, we'll discuss the documents available for research in the Old Jail's Document Room.
Posted by traveler at 4:17 PM