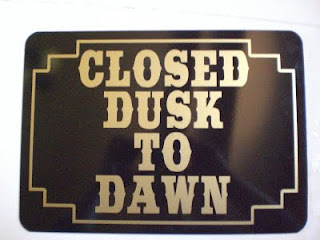 Thanks to 4MAC's John McKinney the Museum will soon be sporting new signs on the grounds (see picture). Thanks, John!

And who knew that the DAR had a wonderful magazine with a free Patriot lookup database? Check it out! http://www.dar.org/ 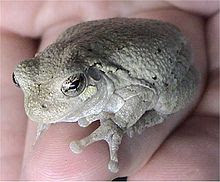 What's cuter than a tree frog? Answer: Nothing! When watering the ferns early this morning at the Old Jail, we discovered a gray tree frog perched on the jail's cool padlock. He didn't want to leave and had to be encouraged to move along to another spot on the porch's bench.

Are you, too, looking for a place to get out of the heat? While the Ole Barn and 1848 cabin are not air conditioned, the Old Jail is cool and comfortable. Come and explore!
Posted by traveler at 2:37 PM

Greenwood's "Freedom Fest" Independence Day Celebration drew 143 visitors to the Old Jail Museum on July 4 where they explored exhibits concerning the Civil War in South Sebastian County. Visitors hailed from many nearby communities and from cities as far afield as Seattle, Washington and London, England.

SSCHS Vice President Glenda Wallace arranged for Historic Society members to serve as guides aboard an historic green trolley. The trolley transported riders to historic sites about town as the guides provided facts about Greenwood's past. Over 300 riders took advantage of the opportunity to escape the heat and learn a little local history.

Our ties to the "wild west" were not forgotten during the celebration. The Lawbreakers and Peacemakers, an historical reenactment group performing on the town square, related and re-enacted the true tale of a local disagreement that ended in a shootout and two murders. Herschel Parker, songwriter and guitarist and member of the group, entertained the crowd with his songs about the legendary Belle Starr and U.S. Marshal Bass Reeves.

Several of the historic buildings at the Old Jail Museum Complex were closed July 4 because of the extreme heat. Those buildings have re-opened and are once again welcoming visitors during regular operating hours.
Posted by traveler at 11:27 AM