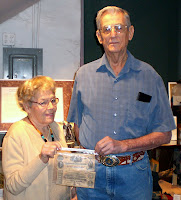 George and Anita Ross of Greenwood have loaned the Museum Confederate Currency for display. The money belonged to Mrs Ross's great grandfather, Marcus Hogan, pioneer settler of Franklin County. Hogan Township near Altus was named for him. During the Civil War Mr. Hogan was approached by bushwhackers who demanded money. Whne he did not provide it, they hanged him. His family cut the rope. He survived and lived to be 96 years old.

Many thanks to Mr. and Mrs. Ross for sharing their artifacts and family story.
Posted by traveler at 7:48 AM 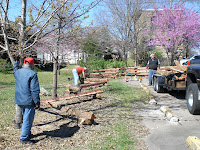 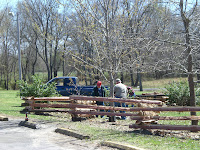 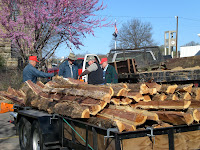 SSCHS members Bozzy Mizell, Roy Mizell, Jack Wallace, Otis Edwards and Joel Goldstein constructed a new cedar split rail fence at the Old Jail Museum Complex.
The old fence was 20 years old. It's hoped the new one will last that long! Thanks to our wonderful members for their dedication and willingness to lend a hand.
Posted by traveler at 12:06 PM 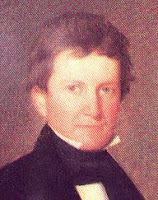 Tom Wing, assistant professor of history, director of the historical interpretation program at UA Fort Smith and site director of U of A's Drennen-Scott House, was the guest speaker at Monday night's meeting of the Historical Society.

Tom's overview of the historic Drennen-Scott property and its connections to the Underground Railroad, Trail of Tears and Civil War provided insight into the home's significance in Arkansas and American history. John Drennen, a founder of the city of Van Buren, began building the house in 1836. SSCHS members and guests learned that it has been continuously occupied by Drennen descendants until the university acquired the house in 2005. Drennen was a wealthy plantation owner and chief Indian agent of the area. He was co-chair of the Arkansas Constitutional Convention. Prominent men of the era, including Sam Houston and Albert Pike, were visitors in the home. The home was occupied by Union troops during the Civil War. Artifacts have been found on the grounds.

Members look forward to visiting the facility. Many thanks to Tom for his wonderful presentation.
Posted by traveler at 2:05 PM

Tom Wing, U of A professor and director of the Drennen-Scott House in Van Buren, will entertain members and guests with a presentation on the historic house, its restoration and use as a student laboratory. This 150 year old structure was home to the Drennen family and is associated with the Civil War and the Underground Railroad.

The meeting will begin at 7 PM in the Community Room at the Farmer's Bank. Refreshments will follow the meeting. Everyone is invited to attend.
Posted by traveler at 3:42 PM 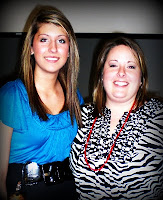 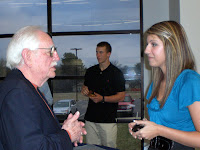 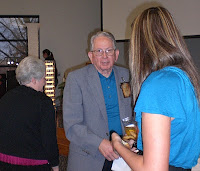 Greenwood High School's EAST program hosted an event Monday evening honoring contributors to the joint EAST-SSCHS Oral History Project. Student videographer Erika Lindsay previewed clips from the videotaped interviews with nineteen Sebastian County residents. Participants were recognized for sharing their personal stories. Upon completion, completed DVDs will be housed at the Old Jail Museum, and made available for viewing by the public. It is hoped they can be made available for viewing on the internet. Each contributor will receive a copy for their personal use.

These personal histories of life in South Sebastian County over the past century are being collected to serve as a historical record for future generations. The SSCHS wishes to thank those who so willingly shared their stories.

Many thanks to EAST program teacher JoLynn Dixon, student videographer Erika Lindsay and students in the EAST program for their contributions to this important project.
Posted by traveler at 9:13 AM

This is a busy time of year for SSCHS volunteers. As spring approaches, it's time for cleaning and re-organizing. The 2010 displays are removed, catalogued and placed in storage. The museum buildings and grounds are cleaned and the new exhibits are developed and displayed. Today's focus was the Redwine Pioneer School. Pictures of historic schools and students have been removed and are being refurbished and reframed. A dehumidifier was installed to prevent deterioration of the building and its contents.

The 2011 season begins May 5. We hope you'll stop by and see the new exhibits. 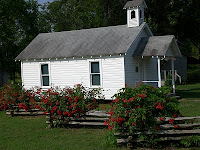 Mark Your Calendars for "Airing of the Quilts!" 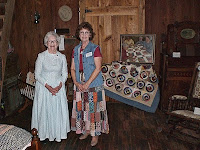 We hope you'll join us May 14 and 15 for the second annual "Airing of the Quilts." Contemporary quilts will be displayed at Greenwood's historic Rock Gym. Civil War era quilts, civil war weapons, artifacts and documents will be displayed at the Old Jail Museum Complex on the square. Lori Brown of SarahKate Fibers will demonstrate spinning and sell her beautiful yarns. Details to follow!
Posted by traveler at 6:05 PM

Did you know that South Sebastian County was plagued by bushwhackers, carpetbaggers and skallywags during the Civil War? To learn more, visit the Arkansas Civil War Sesquicentennial website. http://www.arkansascivilwar150.com/ The Old Jail Museum will exhibit stories of South Sebastian County families' encounters with such renegades during the 2011 season. The museum opens May 5.